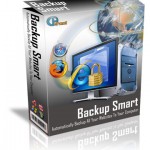 Another upgrade to Backup Smart is available.

1) Fix for including some extra error messages into scheduler email

3) Tasks now save by task name rather than domain name

Having tasks save to the HDD by task name rather than domain name is important for users with multiple tasks on the same server and also users that use HTTPS (secure connection) to access their cPanel control panel.

Users on shared hosting that wish to use the hosting providers shared SSL certificate can now do so.

For example, your domain name is widgets.com but your hosting provider forces you through https://myhostingprovider.com to access your cPanel

Now Backup Smart saves by the task name (which can be anything that enter in) rather than the domain name. This may be the same for multiple accounts which is why using the domain name to file the accounts on the HDD had to be changed.

Backup Smart will of course as you to update when you next start it up.

As per usual, any issues and just drop in a support ticket online. 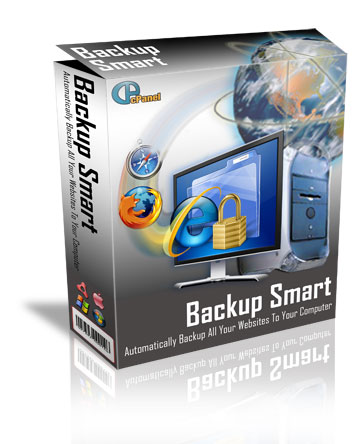 It’s been a couple of weeks since I first launched Backup Smart and the comments back from users has been great.

So great in fact, that I’ve implemented their suggestions and made the software even better.

With more to come in the next release as well that I couldn’t fit into this release.

There is a new update to the software with these changes …

Simply start Backup Smart and under the Help menu, click the Check For Updates menu item.

2 important changes to this release other than the new Site5 backup ability.

For those users on MAC OSX there was a bug in where the downloaded files where placed and named. How it escaped testing is beyond me, since it was working at one point.

Anyway if you are using Backup Smart on a MAC, please go to the location where you specified Backup Smart to download the backups to and you will need to manually clean up the files that were incorrectly named. You’ll notice them straight away if you haven’t already, since they have the directory name and the file name all joined together.

In order to provide a more robust emailing feature to send you emails when your scheduled backups are complete with the backup log transactions, the SMTP settings on the settings option in the menus has been enhanced.

Everyone that had entered their SMTP settings will now need to go back to the settings screen and enter in some of the other SMTP fields, like sender name and email address and SMTP port.

Some users were not able to receive emails and most likely it was due to not providing all the SMTP information that servers need.

The help video regarding this feature will be updated shortly to reflect the changes.

Work on the next update release has already started…